Git is a version control system that is widely used in the programming world. It is used for tracking changes in the source code during software development. It was developed in 2005 by Linus Torvalds, the creator of the Linux operating system kernel.

Git is a speedy and efficient distributed VCS tool that can handle projects of any size, from small to very large ones. Git provides cheap local branching, convenient staging areas, and multiple workflows. It is free, open-source software that lowers the cost because developers can use Git without paying money. It provides support for non-linear development. Git enables multiple developers or teams to work separately without having an impact on the work of others. 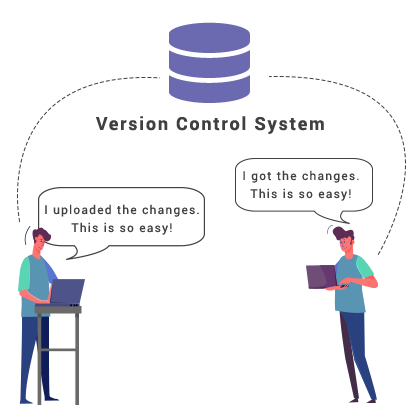 Git stands out with its performance advantages. Performance optimized operations are branching and merging, committing new changes, and the comparison of the past versions. One of the Git performance strengths is its advanced algorithms.

Git focuses only on the file content while determining its storage and version history of the tree. The source code files are renamed, split, and rearranged regularly. The object format of Git repository files uses a mixture of delta encoding and compression. It stores directory contents and version metadata objects.

The main priority of Git is the integrity of managed source code. In Git repository, versions, directories, the content of the file, tags, and commits are secure because a cryptographically secure SHA1 hashing algorithm is used, which ensures secure code history. Git provides an authentic content history of the source code.

One of the advantages provided by Git is its flexibility in several aspects: 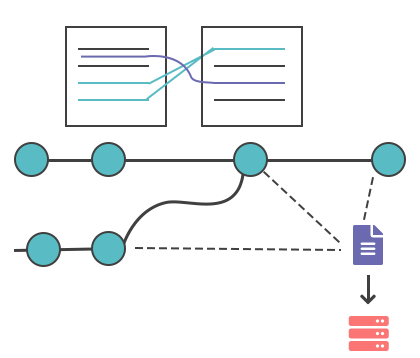 Nowadays, Git is the most preferred version control system because it has almost everything that developers need to get more effective results. The main reasons for this are listed below:

The main reason Git is being criticized is the difficulty of learning it. Particularly, some terms used in Git can have other definitions than in other VCS. However, it worths learning it, as the ability to use Git is an excellent advantage for teams and individual developers and is one of the keys of their future success.

The most popular Git solutions

GitHub is a git-based repository host originally launched in 2008 by Tom Preston-Werner, Chris Wanstrath, and PJ Hyatt. It is the largest repository hosting platform with more than 38 million projects. It permits to host and review code, manage projects and build software.

Bitbucket was launched in 2008 by an Australian startup and originally supported only Mercurial projects. In 2010 Bitbucket was bought by Atlassian, and from 2011, it started to support Git hosting, which is now its main focus. It provides free unlimited private repos, Jira and Trello integration and built-in continuous delivery.

GitLab started as a project by Dmitriy Zaporozhets and Valery Sizov in 2011, which aim was providing an alternative to the available repository management solutions. The company was, however, only incorporated in 2014. It provides continuous integration and delivery, agile development, Auto DevOps, etc..