What are SSH Keys? 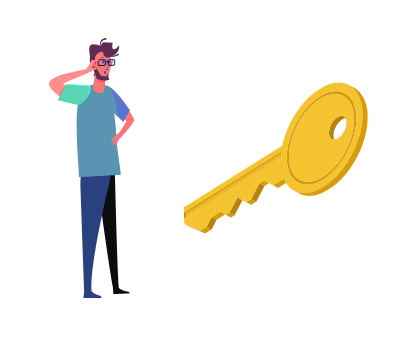 SSH keys are an access credential used in SSH protocol (Secure Shell). A secure shell is a network protocol, which helps to login from one computer to another securely, as well as to manage networks, operating systems, and configurations. Functionally, SSH keys are nearly the same as passwords, but it’s more secure to log into a server with SSH keys than use only passwords because decrypt SSH is very difficult, almost impossible.

SSH keys always come in pairs, and each of these pairs is composed of a public key and a private key. These two are types of keys.

How To Set Up SSH Keys?

You need public-key cryptographic algorithms to generate SSH keys, mostly used of which are RSA key and DSA key. SSH keys are set up with the help of a key generation tool.

Create an SSH key on Mac and Linux

As these two operating systems have modern terminal applications, that combine with SSH package, the steps of creating an SSH key are the same for both of them.

The ssh-agent is a tool responsible for holding private keys, but it also arranges requests to sign SSH requests with the private keys for security purposes.

Execute the following code to make sure that the ssh-agent code is running:

If the ssh-agent code is running, add the new SSH key to the local SSH agent by executing the following command:

Create an SSH Key on Windows

You need Git Bash to create an SSH key on the Windows operating system. If you have it, you can generate the key following the same steps as given above.