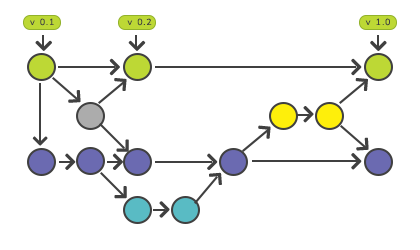 Source code management (SCM) is synonymous with Version control. It is a software tool that programmers use to manage source code. It tracks modifications to a source code repository and helps deal with merge conflicts.

SCM has a lot of useful features that can make your work even more effective and more manageable.

SCM is used for tracking the changes over time, thus creating a historical record, which can be used to find out where the bugs come from, compare the older versions and even undo some changes to the code base. Besides, it also archives these changes giving a cleaner look to the history log.

With the help of SCM, each developer works independently on a separate branch and once the work is done, all the branches are merged together.