The primary use of git merge is to combine two branches. It is also used to merge multiple commits into one history. In the following illustration, git merge takes two branch tips and finds a common case commit between them. The common base commit creates a new commit that merges the changes of the sequence of each merge commit. Here we have two branches: a master and a stage. We should merge the stage branch to the master branch.

Merge commits are unique because they have two parent commits. Git automatically merges separate histories when a new merge commit is created. It will not combine the data that is changed in both histories. This is what is called “version control conflict”.

Before the merging process we should take some steps. 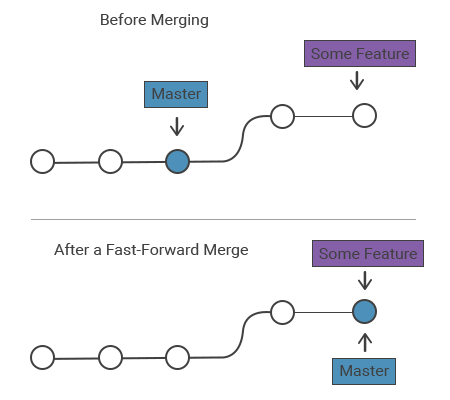 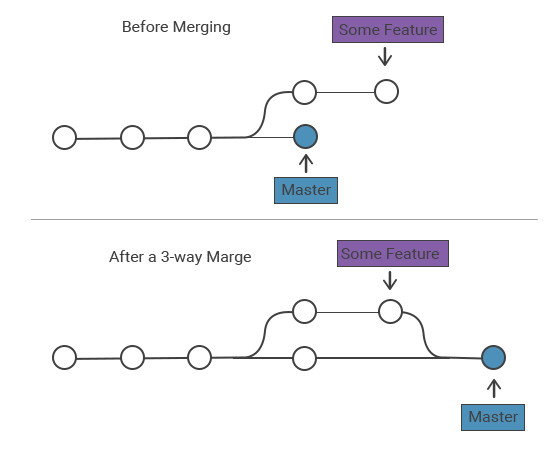 We run the git branch -d to delete the stage branch, as stage is now accessible from the master branch.

Another example which requires a 3-way merge as the master branch progresses while the stage is in progress. This is used when members of the team work on the large feature simultaneously:

In the above example, stage would be a larger feature taking much time to develop, that is why we use a 3-way merge. If your feature is small, you had better use a fast-forward merge to prevent unnecessary commits messing up the project history.

When you want to merge two branches and the same part of the same file is changed, merging conflicts occur as Git cannot figure out which version to use. When this happens, it stops before the merge commit so as to resolve that conflict. Git merging process uses edit/stage/commit workflow for resolving merge conflicts.When conflict occurs executing git status will display the files that need to be resolved. The following picture will show up when the same parts of the example.txt file have been changed:

How conflicts are presented

In the case of conflicts, Git edits the content of the affected files with the visual marks both sides of the conflicted content. Merge conflicts only occur in the case of a 3-way merge.

After finding the conflicted parts, you execute git add on the conflicted file to instruct Git they are resolved. Next, run git commit to generating the merge commit.