Why Become a Polyglot Programmer? 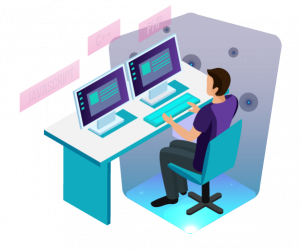 The More Tools You Have, the More Competitive you will be

Your work becomes more diverse when you know multiple programming languages. This means, that instead of doing the same actions over and over again, you deal with different things. Hence your mind always stays alert. You will enjoy your work much more while meeting new challenges and opportunities.

Some Programs Can Become More Popular

You Can Choose Among Various Jobs

You Can Increase Your Salary Potential

Most of the companies are willing to pay more to those who already know multiple programming languages or to those who have the potential. As a rule, these people are the most valuable employees.

The first step in starting to learn programming languages is to choose the source. Before choosing the language, you need to answer the following questions:

After getting general courses for learning the languages you have chosen, you can take quizzes to test your skills.

Good luck with your coding journey!