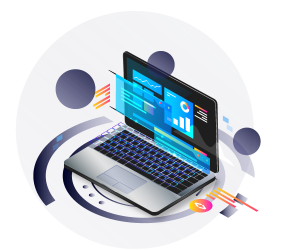 In the contemporary world, software developers are in high demand as they find solutions to real-life issues and turn goals into reality. But programming is not just about writing good codes or reaching the desired output: it includes a lot more. In this listicle, we will discuss the various habits and techniques that successful software developers use to improve their lives as programmers.

All skilled programmers realize that codes drive businesses. They bring to life suggestions and ideas forward supporting the company to make profits.

The most successful programmers never focus on the things that are out of their control. They follow the proactive approach. They come to work on time and fully invest their energy in the things they can control. Even when they don’t have assigned tasks, they spend time learning new technologies and concepts. They are in the pursuit of constant studying and improvements. Focusing on the important things and being proactive helps to form new great skills.

If you are a developer, who desires to achieve goals faster, then start planning. When you plan before coding, according to the given requirements, your goals will be achieved faster than usual. Skilled developers, first of all, analyze the core of the problem. They believe that it reduces mistakes in the working process.

One of the first things a developer should learn is to write readable codes. Skilled and successful developers ensure that their codes can be easily understood and adjusted. Besides, the readability of the code makes it easier to debug. On the contrary, the code that is written badly can be hard to understand, difficult to maintain and takes a lot longer to debug.

The next super effective habit of successful programmers is that they implement the Version Control System. With the help of this system, you can track the changes made in the documents, websites, programs, etc. Very often, while writing codes programmers need to get back to the previous versions and start fixing bugs. Version Control is a system that makes it possible. One of the most famous Version Control Systems is Git. With Git you don’t have to worry about errors anymore. Create as many versions as you like, experiment and improve. Moreover, Git works much better for group projects.

Another effective and time-saving habit is touch typing. It is a special technique of typing using all the fingers but without looking at the keyboard. Note that it’s not as simple as it may seem at first sight. At the same time, it’s a really important skill a programmer should learn. When starting to learn touch typing, you should, first of all, pay attention to certain hand positions. The main idea is to keep all the fingers on the keyboard all the time.

Testing and debugging can take a lot of time, but skilled programmers prefer to debug as soon as a draft is ready. They are used to turning error reporting in order to be informed where and when the errors are occurring. Besides, errors can be easily detected by debugging instruments (for example, Firebug). You can’t use a single debugging tool for all programming languages. Learn various debugging methods to be able to apply them for different programming languages.

Sharing the code is a great opportunity for the developers, who want to learn on the go. Acting like this can bring you a lot of benefits:

Habits can bring success. There you go. Choose your favorite programming habits and use them in your daily routine.