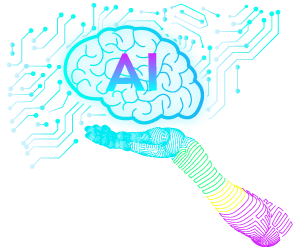 Have you ever imagined that one-day machines will think and work like humans? If no, the time has come for it. It happened thanks to the invention of Artificial intelligence (AI). Let’s start to discover it from all sides.

Nowadays artificial intelligence (AI) is growing super rapidly. Sometimes AI is referred simply to the robots looking like human beings. Actually, it includes much more, starting from Google search tools to sovereign ammunition. Artificial intelligence doesn’t perform merely robotization, it carries out computerized tasks in a trustworthy manner. By the way, artificial intelligence is not provided as a separate application, it is generally applied as a new attribute (for example, Siri for Apple products).

The algorithms of AI are created for making real-time decisions. They are not merely lifeless machines, which are able to respond mechanically. They integrate information from divergent sources. Moreover, they immediately analyze the information, acting according to the received data.

Narrow artificial intelligence simulates human intelligence focusing on performing a single task perfectly. This kind of AI is the only one that fully exists now. Most people use this AI category in their daily life. The most vivid examples of Narrow AI are Apple Siri, Google Translate, Google Assistant. They all are based on Natural Language Processing (NLP).

Generally, Narrow AI has a lot more limitations than human intelligence. Hence, no artificial intelligence is able to fully replace human cognition yet.

Nowadays AGI is just appearing. This kind of AI is meant to be as competent as a human being. This means that the model for creating this kind of AI is human intelligence. As there is a deficiency of a comprehensive understanding of the human brain functionality, the final version of the AGI is unlikely to be created in the near future. When this happens, humans should be ready to accept all the benefits and risks it will bring.

This is the future of AI. In order to get to ASI, the AI must be superior to the human brain in everything. This kind of AI is planned to be perfect in emotional relationships, decision making and even in arts. At present these are the things that distinguish humans from machines. ASI will be able to master even in the parts that humans used to fail.

Today robotics is one of the most fast-growing fields of study. Modern robots can learn in a limited volume. They gather information, then compare it to the existing data and decide what it means. The computer chooses among different actions and decides which of them is the most successful on the basis of the existing information. Moreover, there are robots that can interact with humans. The dreams of the future of AI were personified with the creation of robot Sophia, which is a mix of artistry, science, and engineering. She even has citizenship in Saudi Arabia.

Nevertheless, the advantages of the existence of such kind of robots are not accepted unambiguously. There are still many questions about how humans will interact with robots in the future. It is hard to doubt the advantages of robots. For example, NASA uses robots for exploring the space, as they are resistant to damages.

At present both companies and individuals recognize the advantages of AI. AI-based machines make our lives much easier. Prominent brands, such as Google, Apple, Tesla, and others successfully implement artificial intelligence. Its future is quite perspective: automated and smart cities, progressive and promising medical care and many more. One of the most important benefits of AI is the ability to avoid human errors and mistakes. Along with it, AI can bring challenges. First, it can become the reason for unemployment. Secondly, it requires billions of dollars, which is too expensive. And, finally, the risks that can be caused because of autonomous weapons. Taking into consideration all the possible risks humans can successfully develop AI for enhancing all the fields of our lives.